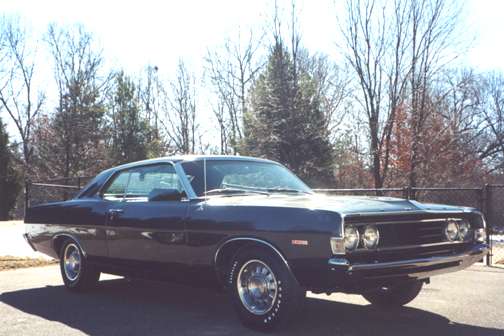 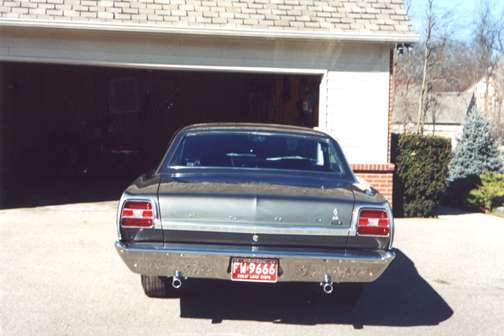 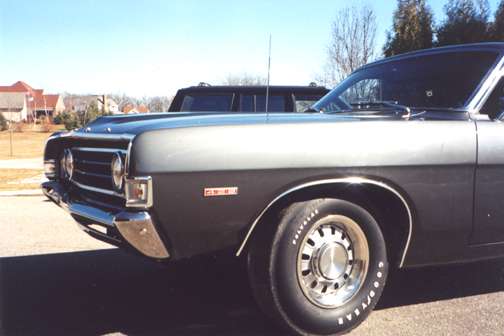 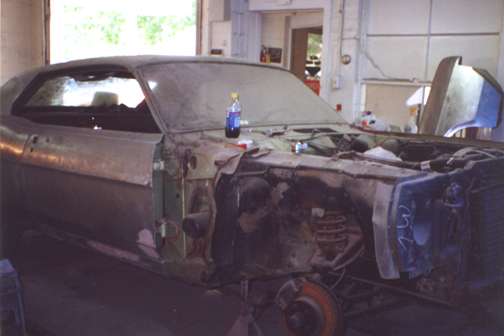 I received the following from Bob Smith of Brighton, Michigan.  Bob writes "Mike, This is my 69 "Fairlane Cobra", 428CJ, C6, column shift with A/C, AM/FM, and factory tach. I bought the car as a rolling chassis from a FCA member  in April 2000.  The car was in bad shape, but the body was a solid Cal car.  The floor pans has been cut out along with the seat supports so new pans and supports were put in first after the engine and trans.  The car went to Al's Customs for paint, elect, and reassemble.  I spent a lot of time on the phone and computer searching for NOS, used, and reproduction parts.  50% of the exterior is NOS parts.  The color is Oxford Gray which was a T-Bird only color in 69.  I bought a 69 Fairlane new in 69 and had a special factory paint job that color, so I had to do this one the same.  Hope you like it.  Should see you at the Mini-Meet and on Woodward this Summer.

Thanks Bob, do I like it?  No........ I love it!  But what matters is that you love it.  It is quite obvious that this car (along with your original) means a lot to you, and that is the best kind!

07-20-2002 - Mike , Just an update on my car, its on page 8 under Bob Smith. when I sent you my pics I thought my car was 90% done WRONG. I took it to a shop for a few things ,one which was to replace the oil pan. after the pan was off we found out the main had spun and by the time it was all broke down the block was junk. I have bought a super cobra jet 428 and found a crank that had not been turned down. The block was bored out and line bored. the crank was sent out and came back with flying colors. the heads were done and just came back everything else is new and the best made, for this set up which will be stock . No hot cams or headers for now. So hear comes the bad news . The shop doing the work has the number 7 truck for nascar, and they woun"t be back on my car untill after the race on the 27th. When things go wrong for me they really go wrong! I will let you know about woodward as soon as I can.talk to you soon.Bob