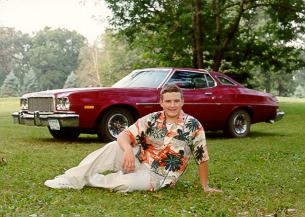 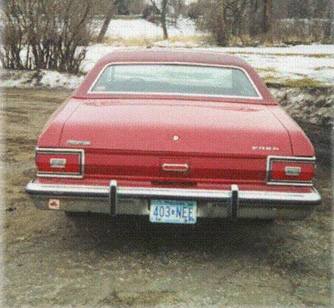 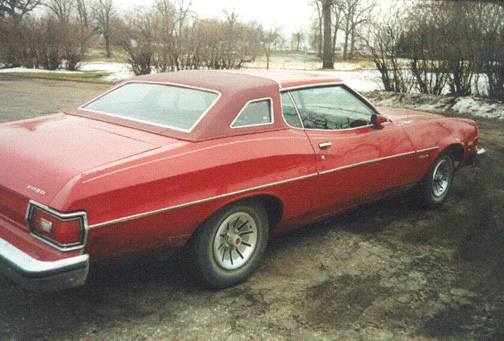 The following comes from Christian Carlson of Austin, Minnesota.  Christian writes "I've got a pic for you. It's a 1976 Ford Torino, 351W 2bbl powerplant, aftermarket duel exhaust. I just bought some Radial T/A that I'll be putting on some custom rims soon. I also will be putting a 400 or 460 in to replace the 351 which I am not thrilled about (I don't like a generic motor, I like having something origional) I bought it 2 years ago from my Grandfather for $400, pretty much a steal. I would've like to have bought my dad's '66 galaxy but he decided to let my uncle have it instead. I used it as the background for one of my senior pictures for High School. The body is in great condition. Just a little rust, which you can expect from a one time daily driver in Minnesota. It's been in the garage for the past 4 months. No snow for it this year. Here is the address to find the pic. I have a couple others of my Torino but the quality isn't that great.  Christian Carlson"

Thanks Christian for the great pictures.  Sound like you're on your way to being one of the people being bitten by "Torino Fever".  By the way you can check out Christians web site at http://members.tripod.com/~Milleniums