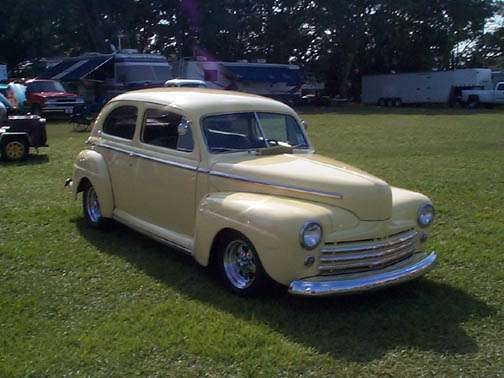 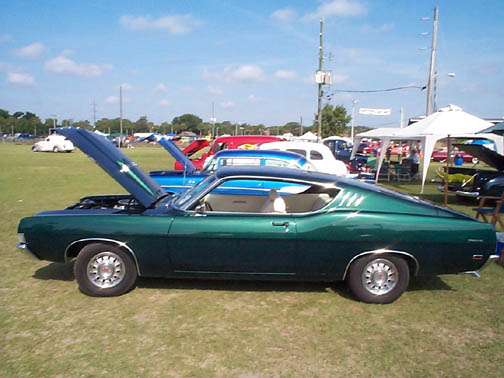 The following is more from Jason Jamieson of Clearwater, Florida. Jason writes "Hi Mike, Jason from Clearwater, FL. Went to the Goodguys Spring Nationals in Orlando, FL on, 4-28-02, with my neighbor, who owns a '47 Ford. Was a fun trip in his car. I have attached pictures of the only Torinos I saw at the show Sunday and a picture of my neighbor, Charlie's car. There were quite a few other Fords there and a really cool Packard convertible. I'll list the other Fords and only the old ones that are Ford powered, because I think it's only a Ford if it's power by Ford as well.

Thanks Jason, your neighbor has one cool car!  The other Torinos are great also.  Thanks for sharing them!