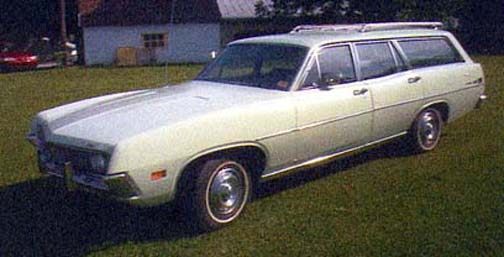 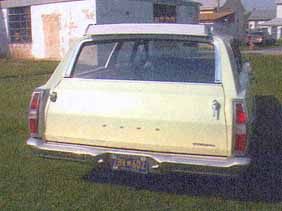 I received the following email from my friend Ron Tuttle from the Detroit area.  I copied the pictures from car-on-line until Ron has the chance to take some better ones. Ron recently sold his Torino GT and delivered it to New Jersey.  On his way back he picked up this beauty .  Ron writes "Mike, I bought the car from the original owners grandson. I did get to meet the original owner also. She is 90 years old and quit driving the car 8 years ago. I was told that her husband had bought it for her brand new off the lot after his old car blew the engine. They bought the car at the local Ford dealer, and they still live in the same town. The car itself is pretty basic: 302, automatic, ps,pb. The car has been well taken care of. Keep in touch  Ron"

Nice car Ron.  Personally, I love the Torino wagons and hope someday to own one myself.  Very nice!